Soft lithography is a method of creating micro devices or three-dimensional structures by moulding and embossing an elastomer on a mould. Microfluidics, which are widely used in cell biology, are the most common devices made with this technique. The most commonly used elastomer in this technique is PDMS (polydimethylsiloxane), a soft bio-compatible elastomer with high thermal stability, high chemical stability, low toxicity, chemically inert, insulating properties, transparency to UV and visible light, low cost, ease of moulding, and mechanical flexibility and durability.

Market Analysis: The global lithography metrology equipment market was worth $382.6 million in 2018 and is expected to be worth $681.4 million by 2026, growing at a CAGR of 7.2 percent from 2019 to 2026. Because of its widespread adoption, lithography metrology equipment has opened up new opportunities in the semiconductor industry. For More Details: https://materialsscience.peersalleyconferences.com/tracks/soft-lithography 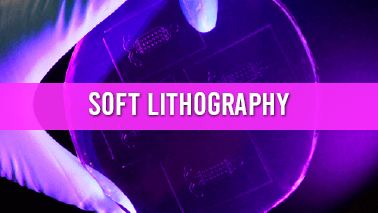