Surface science and Engineering is used to the study of chemical and physical phenomena that happen at the interface of two phases, with solid–gas interfaces, solid–vacuum interfaces,liquid–gas interfaces and solid–liquid interfaces. It contains the fields of surface physics and surface chemistry. The science includes concepts such as self-assembled monolayers,heterogeneous catalysis, semiconductor device fabrication, fuel cells, and adhesives. And also surface science is closely related to interface and colloid science.

Market Analysis: The Europe Nanomaterial Market generated revenue of $2,536 million in 2015 and is estimated to achieve $9,078 million by 2022 with a CAGR of 20.0% during 2016-2022. The report focuses on recent market trends and future growth opportunities of nanomaterials in industries. It also emphasizes the various types of nanomaterials that are commercially available in the market, namely, carbon based, oxides, dendrimers, nanoclay, and nanocellulose. For More Details: https://materialsscience.peersalleyconferences.com/tracks/surface-science-and-interfaces 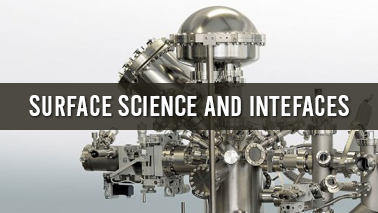